At 7:30 pm, Sunday, October 22 at St. Margaret’s Episcopal Church, Dignity/Washington will host Rabbi Joseph Berman speaking on: Judaism, Gender, and Sexuality in Contemporary Judaism. We will begin with a brief overview of traditional Jewish attitudes towards gender & sexuality, focusing on LGBTQ issues. The presentation will quickly move towards an exploration of developments in the 20th century including the growth of Jewish feminism and movements for LTBTQ justice and equality. Together we will discuss similarities and differences between our
two faiths. 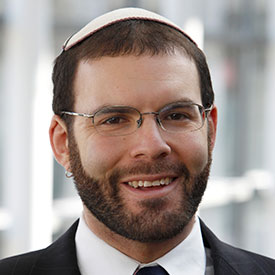 Rabbi Joseph Berman grew up outside Kansas City and received his Bachelor of Arts from Wesleyan University in Connecticut. A Wexner graduate fellow, Rabbi Joseph was ordained in 2010 by the Rabbinical School of Hebrew College in Boston. Following ordination, he served for five years as the Rabbi of Temple B’nai Israel in Revere, Massachusetts. He has also worked as a farmer, chaplain, and community organizer and is the co-founder of Ruach Guild, a skill development and support group for activists who provide spiritual care to social justice movements and organizations. Rabbi Joseph has organized for justice and equality for Pal￾estinians and Israelis for over a decade and currently serves at the Manager of Government Affairs and Grassroots Advocacy for Jewish Voice Peace in Washington, D.C.